RACHAEL  RICHARDS,
Administrative Assistant
In 2006, Joshua Richards went on his first mission’s trip with missionaries from Campus Crusade to Wildwood, New Jersey to share the Gospel along the boardwalk. In December 2014, God called Joshua to begin open air preaching for the first time. In November 2017, God led Joshua to join the George Whitefield Program led by Bill Adams of Sports Fan Outreach International. Joshua has shared the Gospel in 10 different states, as well as in Mexico, Honduras, and Brazil.
In August 2012, Rachael went on her first mission’s trip to England with Answers in Genesis. Rachael has also shared the Gospel in Ohio, Minnesota, Kentucky, and Georgia, as well as in Mexico and Brazil.
In October 2016, Joshua married his lovely wife Rachael. Together in June 2017 they purchased and moved into their first house in Belle Center, OH. In October 2018, they welcomed their first child, Isaiah Whitefield into the world.
Our ministry is to present unbelievers with the Gospel through tracts, scripture signs and banners, personal conversations, and open-air preaching of the Word of God. Our ministry is named Calvary Bible Crusade after our home church Calvary Bible Church in Lima, OH. 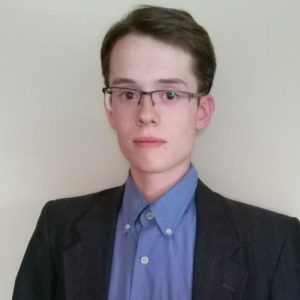